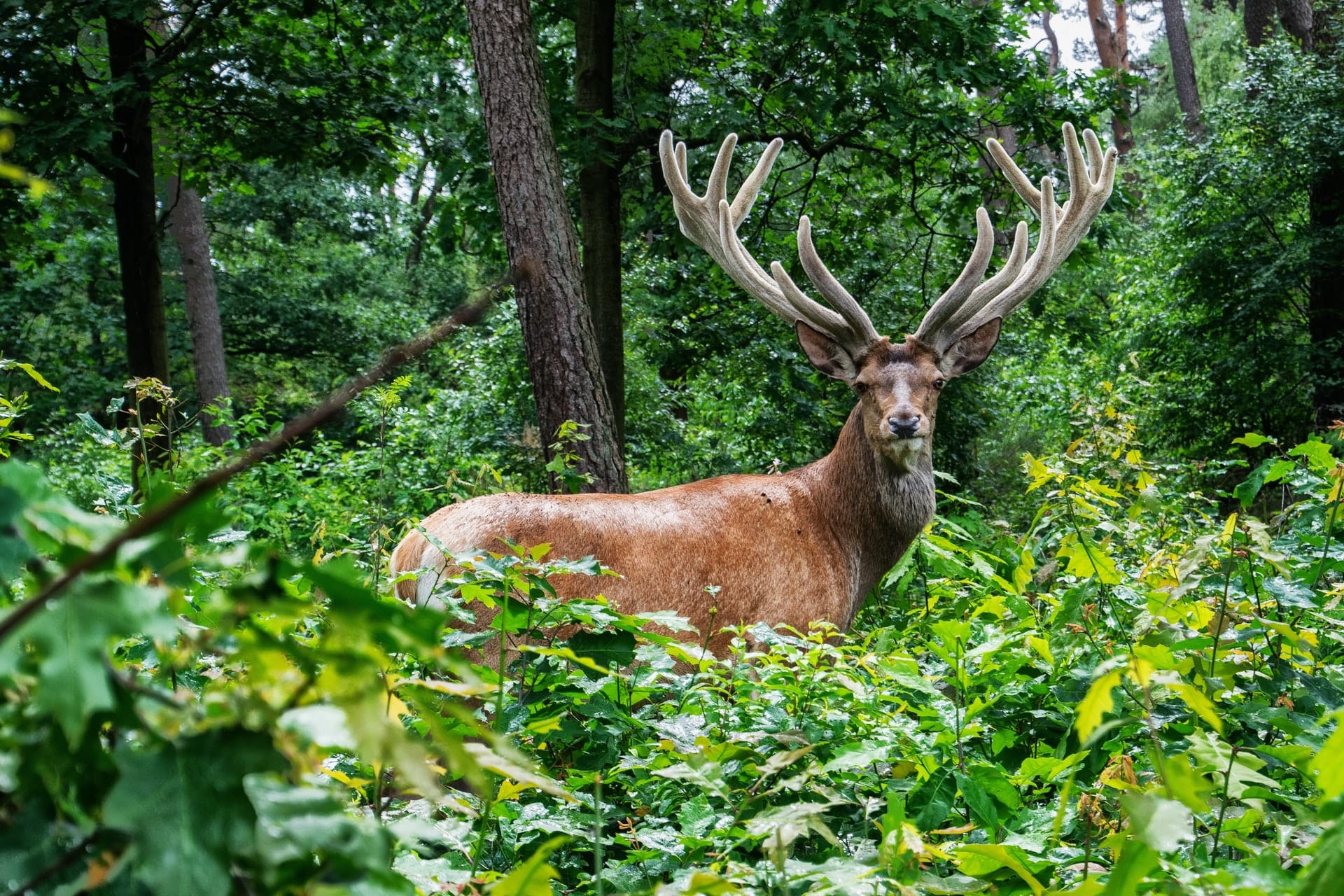 Hunting big and strong animals requires the use of powerful weapons, and the crossbow is very suitable for this purpose. The crossbow is considered to be more powerful and accurate than the bow, so when choosing the best weapon to hunt elk or deer it is better to give preference to the crossbow. Although in fairness it should be noted that the crossbow is slightly inferior to the bow in rate of fire, so the task of the crossbowman is to make a minimum of shots with maximum efficiency.

Bow hunting is most popular for deer (white-tailed deer), but other animals are also hunted: bears, elk, red deer, turkeys, sometimes hares and rabbits, even birds like grouse, which are allowed to be shot while sitting on the ground (if you shoot a bird in a tree, you will never find the arrow, and it costs $10). Since the shooting distance is severely limited, the hunt is usually based on the hunter hiding at a bait or positioning himself in the paths of daily movement between feeding and resting places or beckoning the beast during the mating season. The most effective method is probably a tree house. They try to put it at a height of 5-6 meters, which reduces the probability that the animal will smell or see the hunter.

Hunting from the ground is also possible and very popular, especially among older hunters or those who are afraid of heights. Some of them put up a tent-shade, some camouflage themselves with branches and other natural materials. It is clear that when hunting from the ground the wind direction and the choice of position become critical factors.

Why Deer Hunt with a Crossbow?

Hunting with a crossbow for deer is considered more difficult than with firearms, but much more exciting and unusual. Coming out to hunt with such a weapon can feel the unity with nature and get a lot of adrenaline at a meeting with the potential victim

Which Crossbow Should You Use?

When hunting with a crossbow you need to choose the right weapon. It is necessary to know the design features, methods of disassembling a crossbow and types of ammunition.

The modern block or recoil crossbow has little in common with the heavy weapons from the late Middle Ages.

The modern crossbow is a solid construction made of reliable materials, characterized by simplicity and reliability. A crossbow arrow can reach an impressive speed. Crossbows also have the advantage of being able to reuse ammunition, of course, if the arrow can be found after firing. The silence of the shot is also an advantage, as it allows you not to scare off all the game in the area.

Today in hunting stores there are three types of such shooting weapons to choose from – block, recurve and pistol crossbow. The last type is considered more of a toy, because it has a small size and low speed of flight of the arrow, so it is considered more as an auxiliary, rather than the main hunting weapon.

The best crossbow for hunting is a recurve crossbow

The classic crossbow is not heavy and is very easy to use The modern recurve crossbow is a well-known design first used in the late Middle Ages. The weapon has a curved design, with the shoulders of such a crossbow shaped like an S, the shape curved toward the shot.

The advantages of this design are:

ease of maintenance and operation.

Bolts and Tips for a Good Kill

Crossbow arrows are called bolts. They are distinguished by their short length and large diameter Modern crossbow arrows are made of lightweight and durable materials, most often carbon, carbon-aluminum or aluminum bolts.

The choice of bolt size depends on two factors – the type of crossbow and the type of hunting. So, recurve crossbows are designed to work with any bolts, but from too heavy bolts the trigger mechanism quickly loosens and falls into disrepair. Since such a crossbow is designed for small game, it is better to choose small and light arrows.

Each hunter has a different list of things that he takes with him on the hunt.  But here are the items that every crossbow hunter should take.

For a bow hunter, it is important to reduce the extra load, that is, not to take too many things with you.  Some people stuff a backpack with all sorts of “necessary” items, and after a couple of hours they are completely exhausted.  And, as we noted above, fatigue does not allow you to make a quality shot.  Therefore, it is better to leave the equipment (with the exception of what you cannot go into the forest without) somewhere nearby (in a car or at the base), where you plan to return after the hunt.  Here, too, there are various tricks that hunters come up with to make their task easier.  For example, when shooting from an ambush, you can also take a bicycle with you when going to the forest by car.  The car and most of the things are left at the base, and by bike you can get to the hunting place, where the transport is hidden until the return time.  So the hunter will not get tired of a long walk and will be able to quickly return in the evening.

For successful hunting, it is important to be able to handle weapons.  Shot accuracy is acquired over time, so practice is needed.

Before you go hunting, you need to check the performance of the weapon, paying special attention to the quality of the bowstring.  A torn bowstring with notches and irregularities will worsen the accuracy and range of the shot, so it is important to replace it in time.

No comments to show.